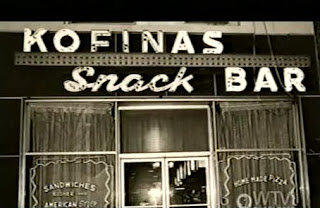 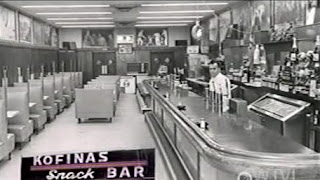 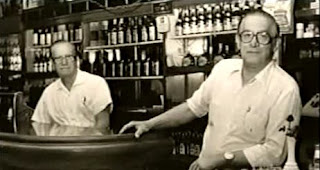 Kofinas Snack Bar opened on W Trade St in 1954. Owned by Tommy Kofinas and John Tatsis, Kofinas was popular for breakfast, lunch, and dinner and quickly became known for its daily specials. People lined up for the spaghetti on Wednesday and the roast beef lunch on Fridays. People said their corned beef was the best outside of New York City. Its clientele ranged from downtown workers to Charlotte's most famous lawyers, bankers, and mayors. Elvis Presley ate there in 1956 before his show at the downtown Carolina Theatre. The restaurant was never quiet--waitresses, instead of writing orders down, simply yelled orders out to the kitchen and Kofinas and Tatsis were famous for their loud banter back and forth. With its black mahogany bar and tiled floor, Kofinas was as much a meeting spot as a restaurant. Kofinas is also credited with being Charlotte's first sports bar--many a World Series would find the place packed with people watching the games on the restaurant's black-and-white television.
Kofinas Snack Bar would close on December 31, 1981. The Carillon building now stands on the site. Tommy Kofinas and John Tatsis both passed away in December 2002 within three days of each other.
Revisions - 10-15-11 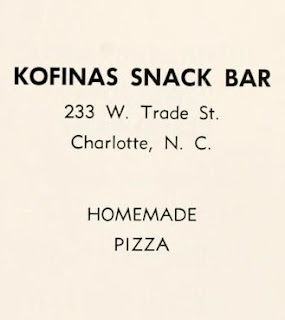 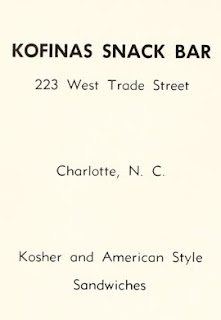