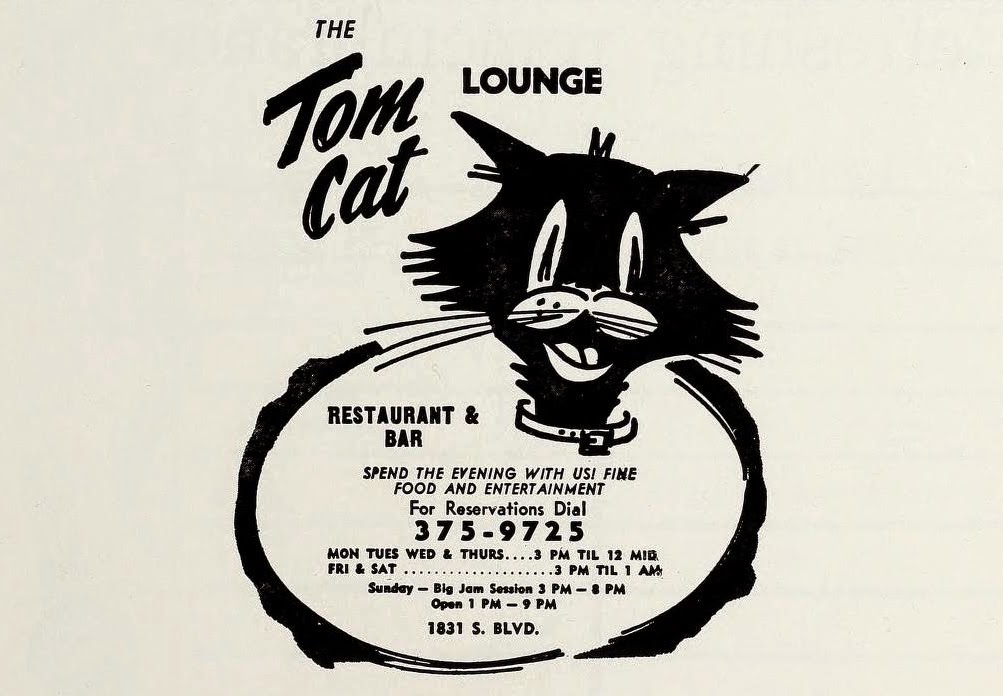 1966 ad for The Tom Cat Lounge that was at 1831 South Blvd in Dilworth. The address is currently occupied by a Dunkin' Donuts (though the original building was torn down years ago).


My aunt and uncle stayed at the Heart of Charlotte Motor Inn on August 3rd, 1963 on their wedding night. See below for the awesome breakfast menu as well as the stationary they saved. 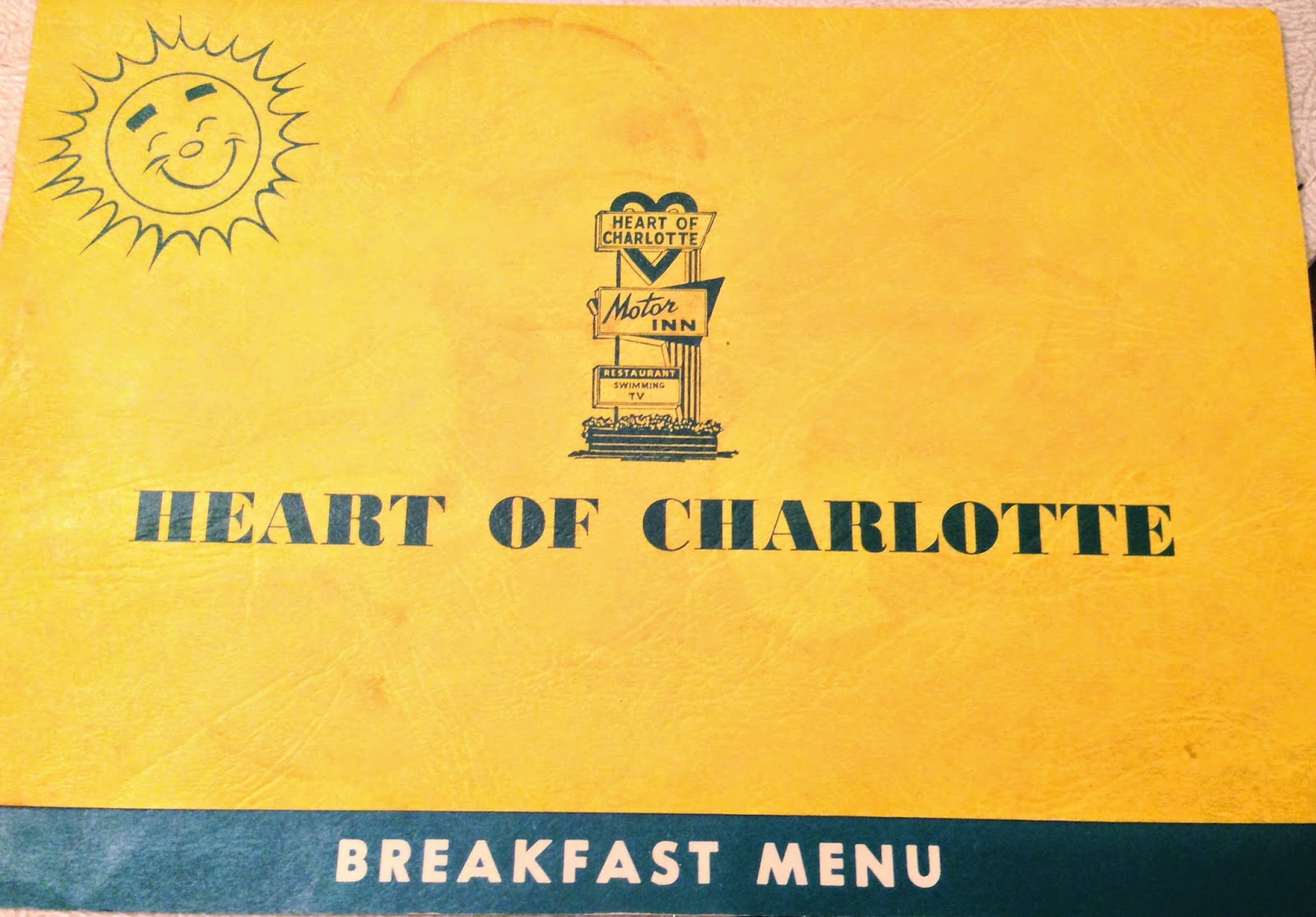 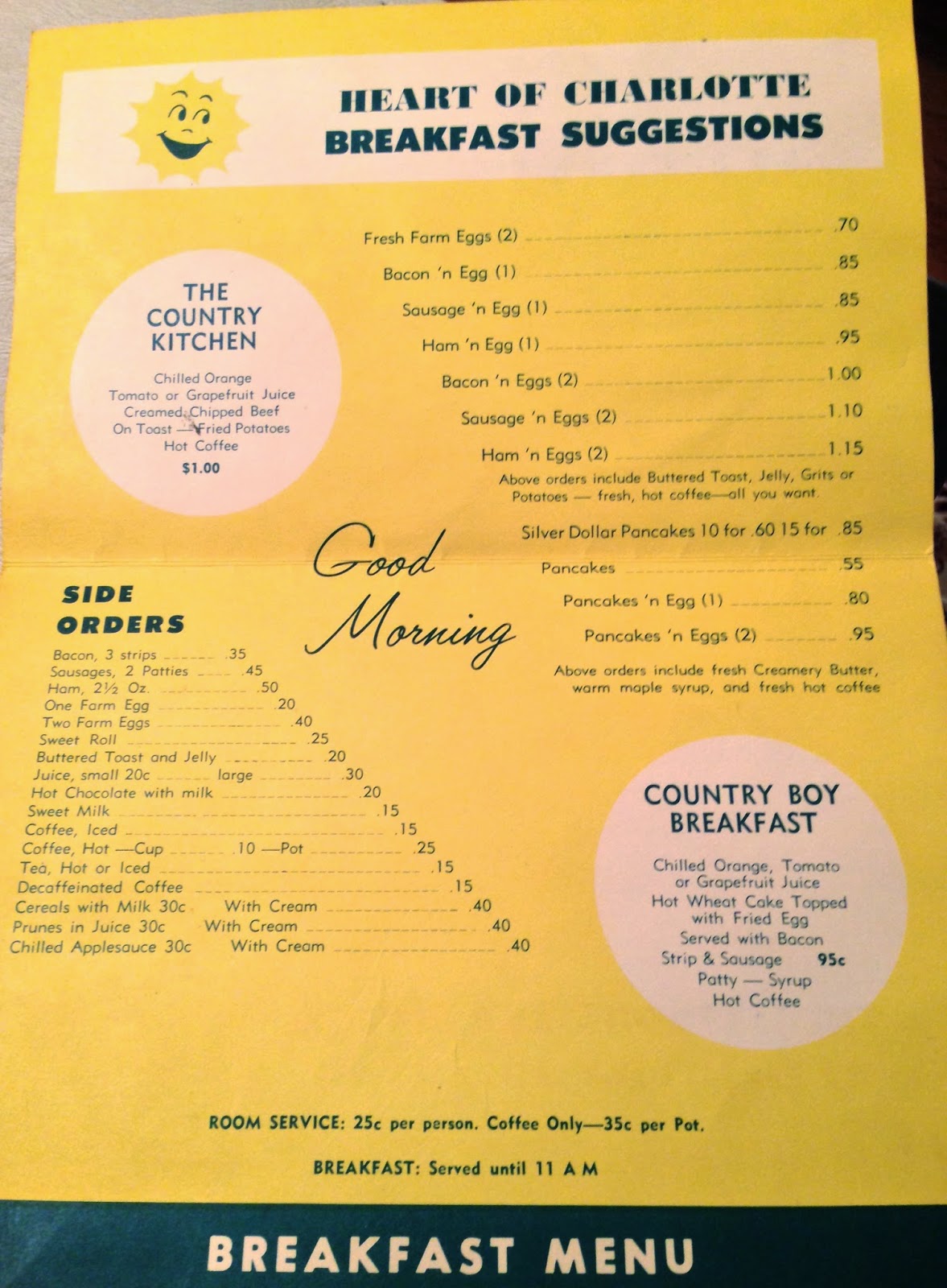 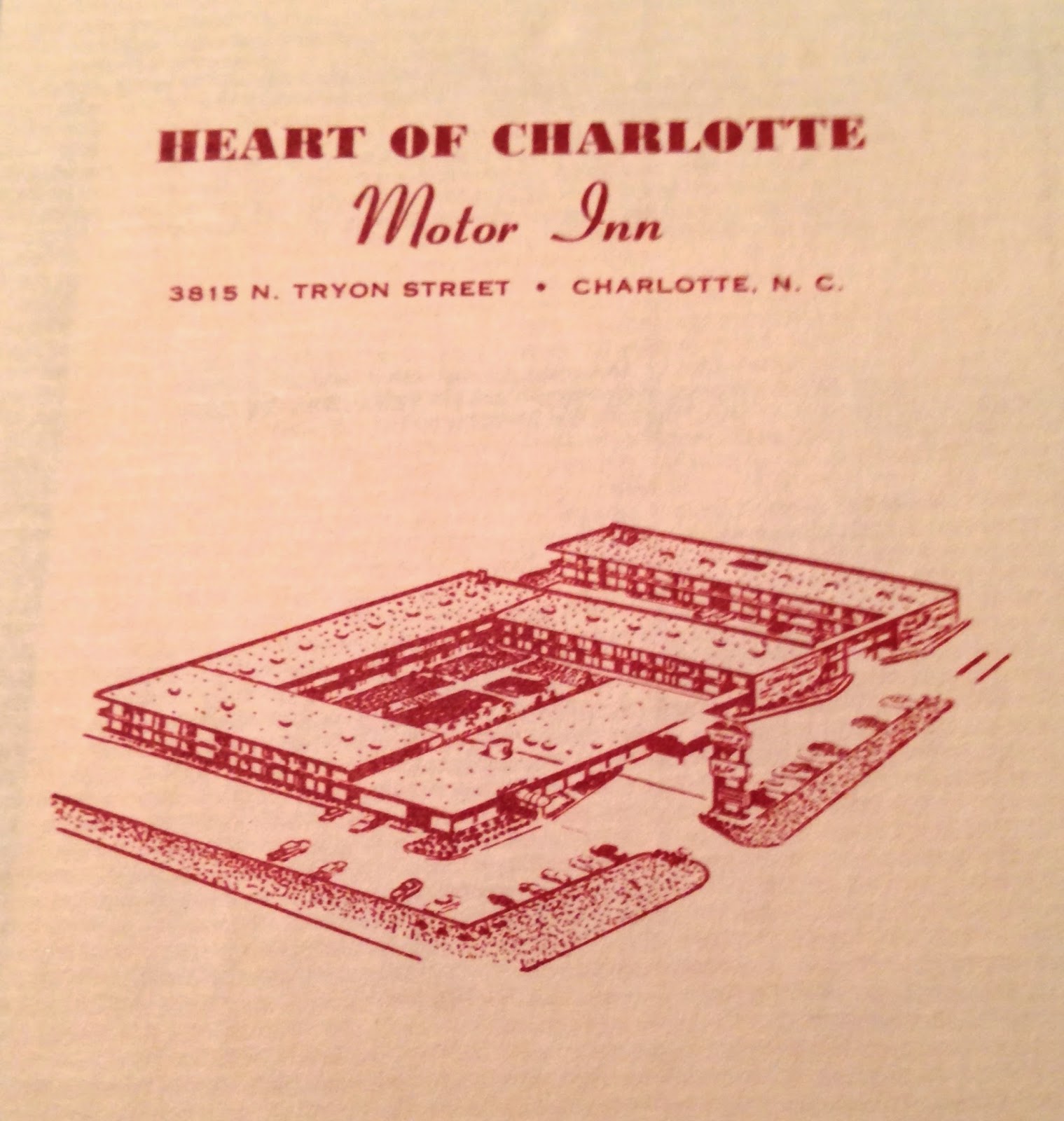 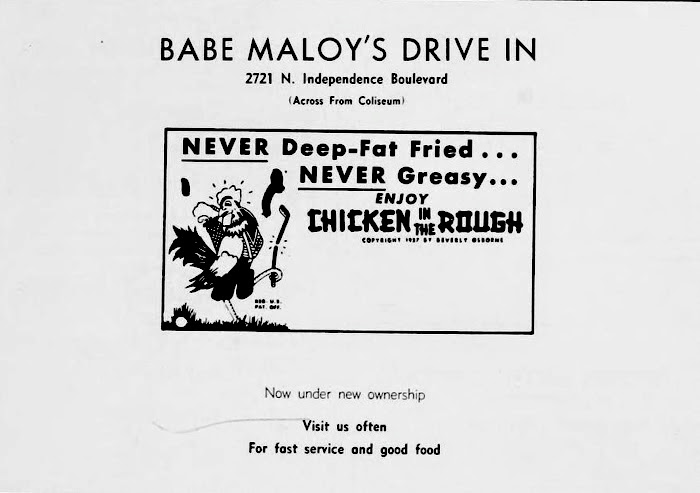 Amazing ad for the legendary Babe Maloy's Drive In from 1962. Famous for their "Chicken n the Rough" fried chicken. Babe's was located on Independence Blvd across from the Coliseum. 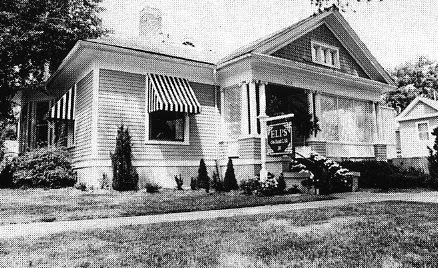 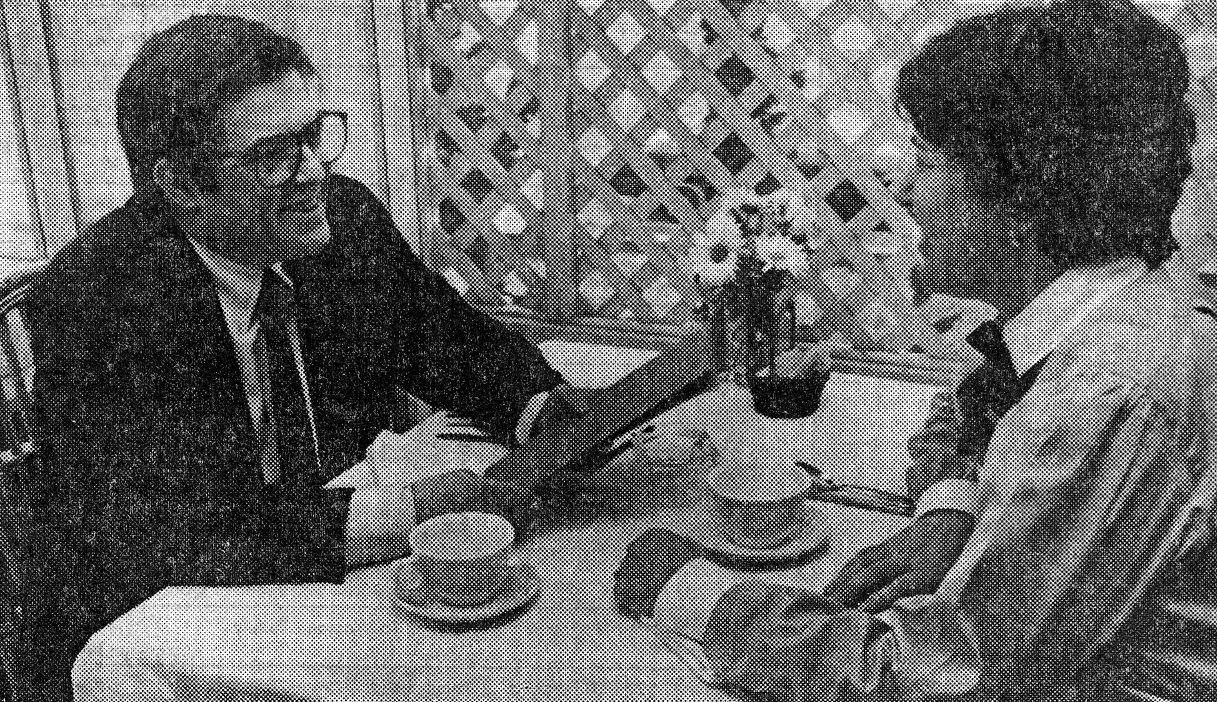 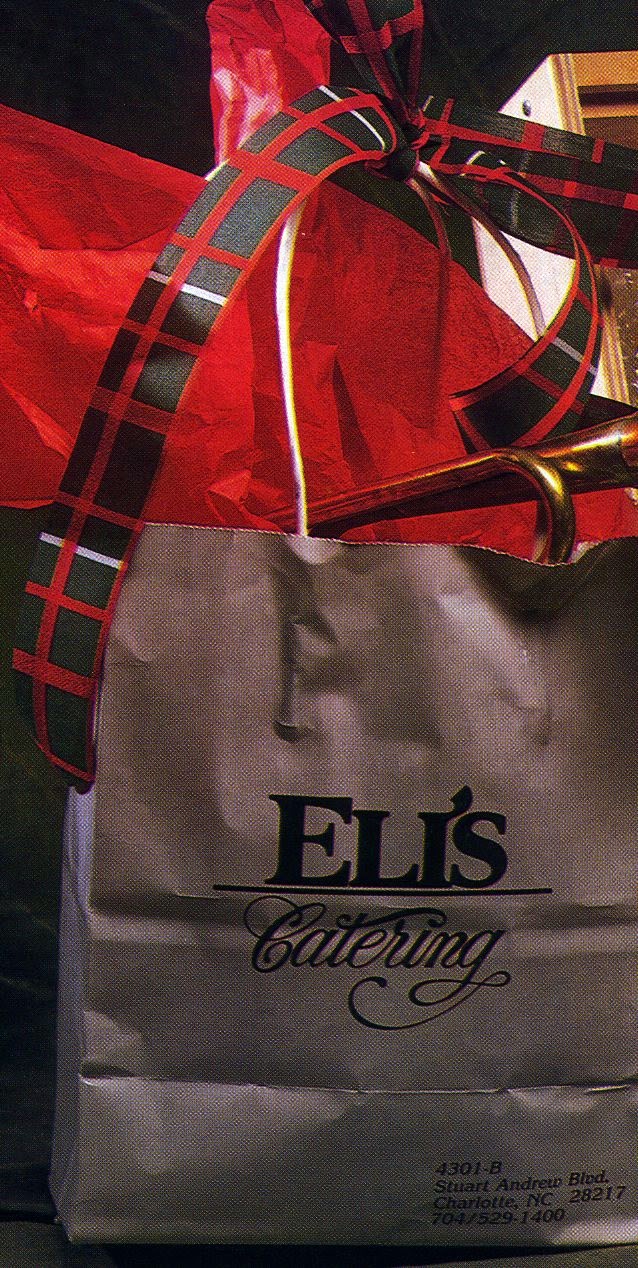 1985 ad for the side catering business

Eli's on East opened at 311 East Blvd in August of 1981 by owners Bob and Karen Smoots. Bob Smoots had worked through the late '60's and early '70's as director of food service for the Stuckey's Restaurant chain and spent the latter part of the '70's as a partner of Saucy Crepe restaurants (which had two popular locations in Charlotte) before he and his wife opened Eli's.

Located in a two-story house built in 1910, the restaurant had kept the original fireplaces, moldings, and beveled glass on the front mirror and flooring. The restaurant had three separate and intimate dining rooms, an attractive Casablanca-type bar, and a glassed-in-lattice-work porch with hanging ferns. Eli's Southern gourmet menu was famous for their Sunday brunches (an oddity in Charlotte during the '80's), steak au poivre, Cobb salads, and especially their homemade peanut butter pie.

The Smoots would own Eli's until May 1986 when they sold to Stuart Smith (who also owned Barley & Rye at the time). Eli's would eventually close in 1990.