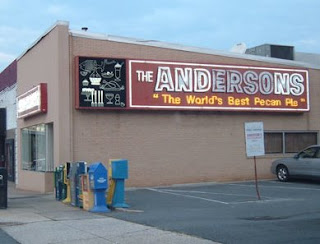 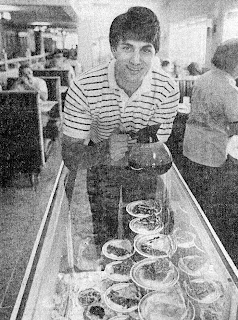 Gary Anderson (son of Jimmie) took over the restaurant in 1985 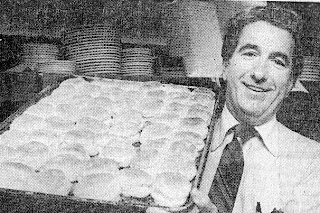 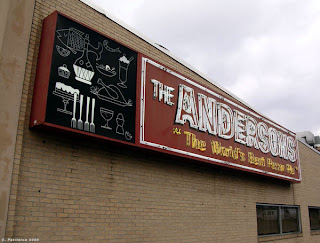 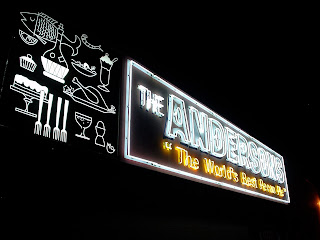 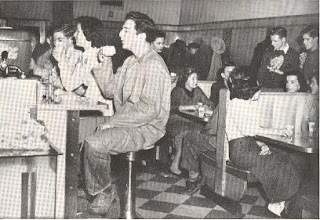 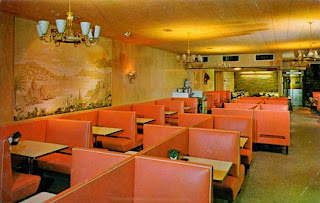 Interior shot of Anderson's from 1960 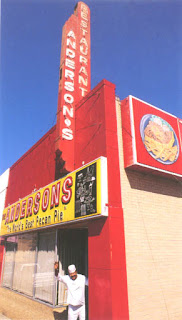 Exterior shot of Anderson's from 1989
For the first "Hall of Fame Eatery" I have chosen Anderson's Restaurant on Elizabeth Avenue. Opened in 1946 by brothers Jimmy, Pete, and Bill Anderson, Anderson's was situated between Presbyterian Hospital and CPCC (formerly Central High School). They were known for their breakfasts, golden fried chicken, and "the world's best pecan pie" (which became their slogan). Anderson's was also famous for their "Hot Dorsey Sandwich" (named for furniture mogul James Dorsey) which consisted of a casserole of chicken, sharp cheese, bacon, mushrooms, and Anderson's "special sauce". Anderson's closed last year and a Starbucks now sits on the property (though the rear exterior sidewall sign of Anderson's is still visible). 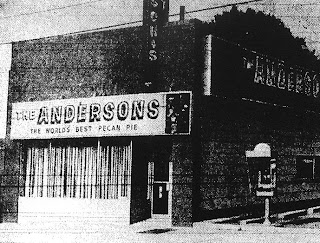 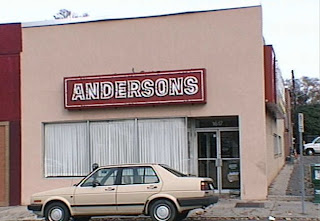 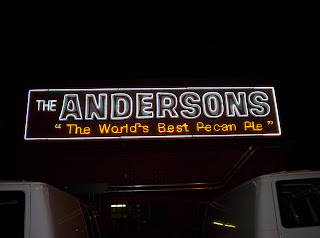 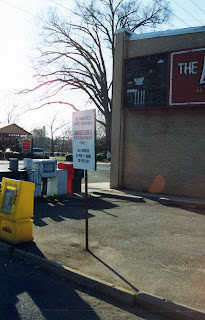 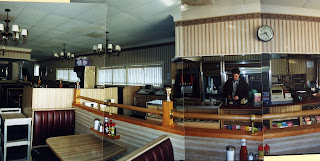 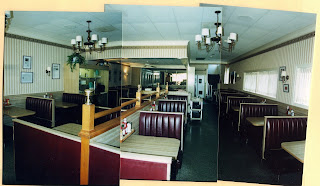 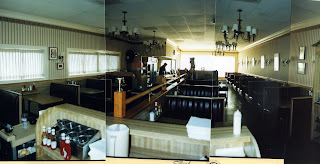