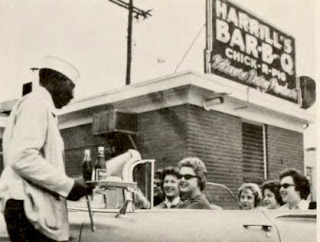 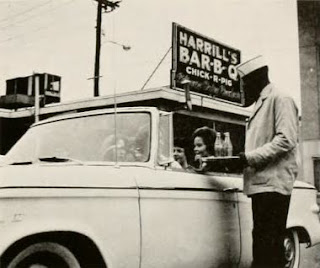 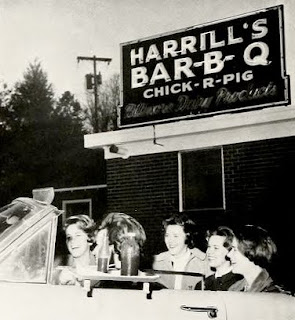 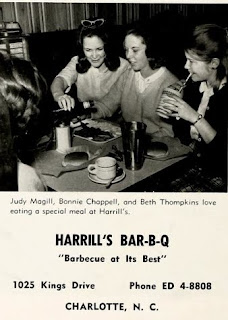 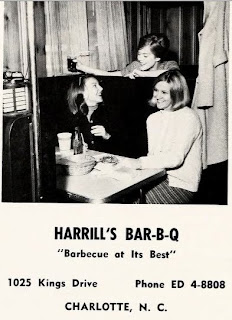 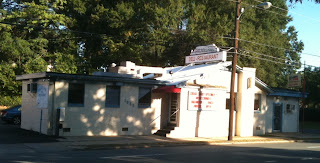 The Philadelphia Deli currently resides in the Harrill's building 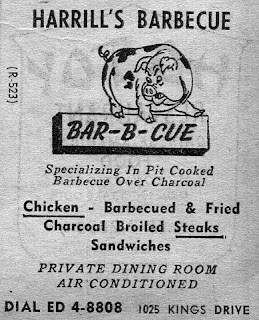 1959 ad
Harrill's Bar-B-Q was located at 1025 Kings Dr across from the current location of CMC. It opened in 1955 and was owned by Albert Cleveland "Tab" Harrill. Before opening this location, he co-owned the Chick-R-Pig which was located across the street and down from Harrill's. Harrill's, like most eateries of this era, featured both interior seating as well as car-hop service. Its speciality was Western-style barbecue cooked over a charcoal pit. They also had a full menu of sandwiches, burgers, steaks, and chicken. Harrill's would run into the late-60's. For the last 30 years, the Philadelphia Deli has occupied the original Harrill's building.