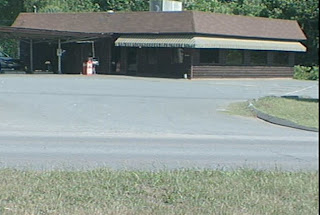 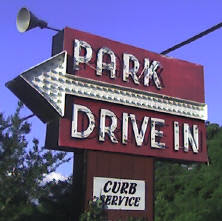 The arrow points the way to great food 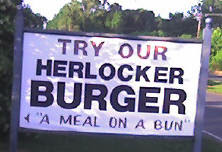 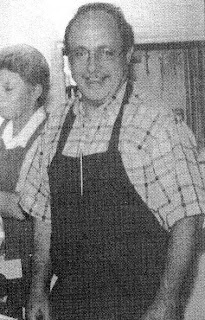 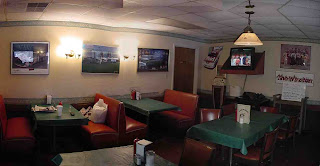 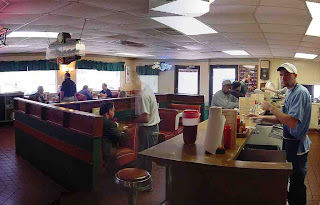 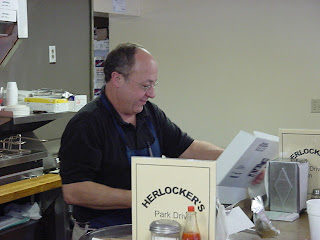 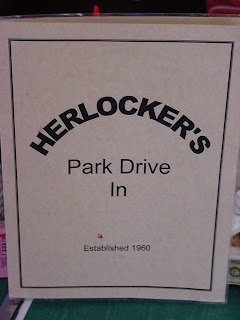 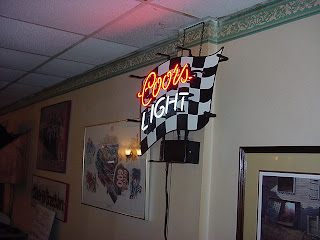 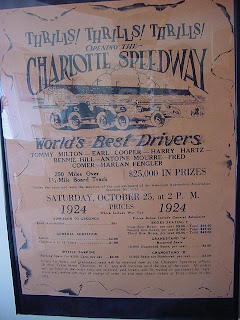 Above nine photos all courtesy of Karl Golden (Thanks, Karl!) 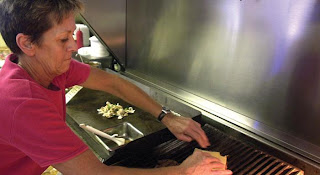 Rose Walls worked at Herlocker's for 29 years starting in 1977 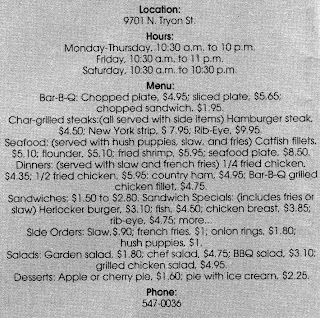 1996 sample menu
Herlocker's Park Drive-In opened in 1960 on Hwy 29 near the UNCC campus. Owned by Lester and Loveine Herlocker, the drive-in originally only had four booths and a bar. Herlocker's was famous for their barbecue, but also became known for their burgers, hot dogs, home-cooked meals, and onion rings. Their burger was so popular it earned the famous nickname "A Meal On A Bun". Herlocker's would undergo two expansions, eventually having seating for 100 people. Along the way, the drive-in would be run by the Herlocker's sons- David, Lester, and Tony.
Herlocker's would close in August 2006. In October 2006, the building would be torn down and a Cook-Out fast food restaurant would open on the site.
When Herlocker's opened in 1960, their only neighbors in this desolate area were the University and the Charlotte Motor Speedway-both also just really getting started. Eventually, this area would become one of the fastest growing areas of the city. Despite the tremendous changes, Herlocker's was always a constant--offering great food at reasonable prices with personable service.
REVISIONS -- 1-19-2009 Late-'90's photos! 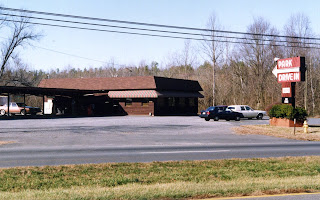 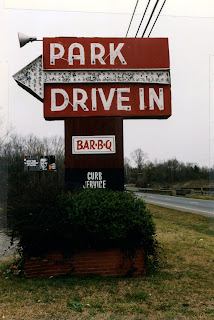 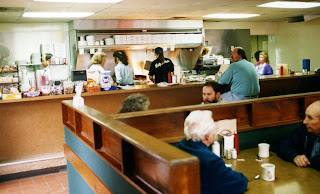 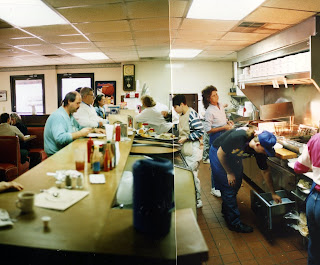 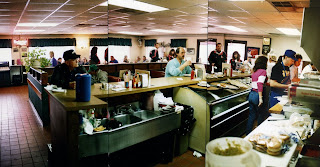 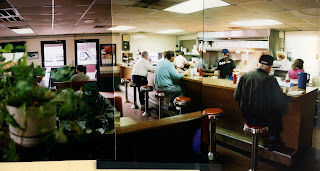 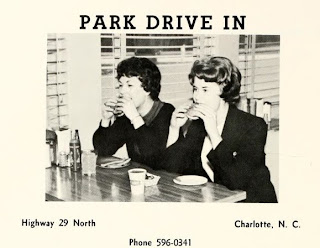 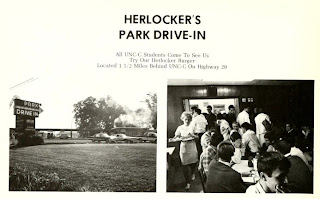 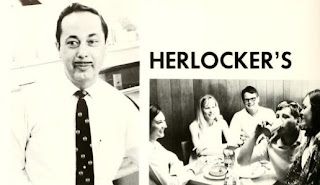 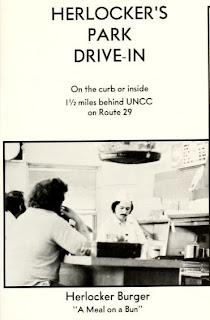 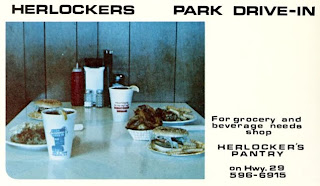